Emeline and The Mutants by Rachel Tsoumbakos

One of the great upshots of the surge in paranormal fiction during the last decade has undoubtedly been the re-emergence of the zombie genre. Emerging from the Romero classics have come a more 'realistic' swathe of books and comics and films mixing the post-apocalyptic vibes of I am Legend with a viral zombie survivalist mash-up. Even my ten year old lad is big into it--Charlie Higson's The Enemy series is on my TBR list for 2013, and the Walking Dead comics are not far after.

Rachel Tsoumbakos's book Emeline and the Mutants takes the genre and gives it a curious twist. We have a post-devastation storyline, with humans scraping together an existence following the outbreak of a virulent virus. The virus, however hasn't just created zombies, rather it has mutated most of the population into quasi-mythical creatures. So we now have a world populated by vampires, trolls, faeries, mermaids, and so forth--infective and deadly to the humans whose genetic code gave them some resistance to the initial strain.

Emeline is a great hero, and she appeals to the kick-ass Lara Croft/ Buffy/ Hit-girl fab-boy in me. She's a crack shot, tough as nails, but has a gentler and vulnerable side that is exploited at various stages in the book. Emeline is dragged into a conspiracy-murder mystery within her compound that ultimately leads to revelations and confessions about how the whole viral outbreak began. The action is full-on, and the setting of rural Australia perfect for the story. Rachel introduces some excellent characters, many of them female, and many of them memorable.

When it ended I was chomping for a sequel, although it is a stand-alone work at present. I pitched a few questions to Rachel....

Me: When did the idea for writing Emeline and the Mutants first come into your mind? 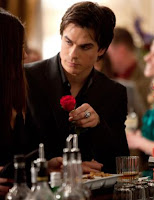 RT: Believe it or not, the idea started forming because of a block of units being built across the road from me! The block of land had been vacant for ages and is high and right next to a train line. The builder was attempting to cram as many little buildings into the block as possible and the whole effect was bleak. I wondered who might live there and the character of Emeline evolved from that one single thought.


Me: The world you've created in EATM lends itself to further adventures. Is this something you want to develop?
RT: I've been asked this a lot. Yes, there is the possibly of further development there. I certainly have a couple of ideas in the pipelines and purposely left little nooks and crannies in Emeline and the Mutants in which these ideas could grow. Unfortunately, I haven't had the chance to get anything down on paper yet. 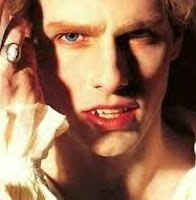 Me: Zombies and vampires always used to be purely the remit of pure horror films/books, albeit with occasional humour. Why do you think they've crossed into the mainstream so effectively?


RT: Personally, I think it is because we now live in a constant Nanny-state. Everyone is expected to do and say the right things all the time. There is no room for the Benny Hill's and Porky's of yesteryear. Everything we say and do is watched closely by the PC police. Zombies and vampires (and now Fifty Shades of Grey) are a way to escape this and just think the way we want to without fear of reprimand (unless you're REALLY into Fifty Shades).
Me: I know you are a huge fan-girl of True Blood, and that you interviewed some of the stars recently. Tell us more about that.
RT: Oh golly! Have you got all day? Seriously though, I write for one of the major True Blood fan sites (TrueBloodNet.com). While my job there mostly entails writing articles, reviewing episodes and editing the articles for other writers on the site (I am also a senior editor there), occasionally there are perks.
Recently, I got to attend a True Blood Halloween party here in Australia. Thanks to TrueBloodNet, HBO and Seamus O'Tooles(who were running the event), I scored an exclusive interview with two of the cast members of the show. While there were originally plans for four cast members to attend, Hurricane Sandy stepped in at just the wrong time and two cast members were stuck in the States without a ride. But that was okay, since I've never interviewed anyone before, and I got a chance to speak to Tara Buck (Ginger the screamer) and Marshall Allman (Tommy Mickens) which turned out to be an absolute hoot.
The funny thing was, I had to interview them the day before the event and I wore mostly normal clothes (ie. my non-bloody Merlotte's T-shirt). The next night, when I was chatting to them in the VIP area, they had no idea I was the same person because I was fully costumed up. And then Marshall kept freaking out at the people wearing masks and kept photo bombing people - it was truly the best night out I've had in AGES!
Can I blatantly plug here?

Me: What do you find the most challenging part of the whole writing process?
RT: Editing! This is because I don't plan my novels. Normally I start off with a character, a vague idea of a complication or plot and the genre. Then I write frantically for a month and see what happens. Mostly it turns out to be a novel filled with a pile of possible plot tangents. I then have to go back and erase all evidence of them (except for the winning plot line).

Me: Fun question- as an Australian, which do you think was the best Mad Max film?

RT: You know what? I have never seen ANY of the Mad Max movies. Although the song Thunderdome by Tina Turner is one of my favourites. How un-Australian am I?! I will probably need to find a dark hole in which to hide after this interview goes live :P
Me: Shameless plug time! Tell us about your current WIP and your literary plans for 2013.

RT: Okay, I have just finished a complete rewrite of the very first novel I ever wrote. It was originally titled Indiana Meets A Vampire and I wrote it because I figured if a Mormon could write about a sparkly vampire, then so could I! Needless to say, the novel was horrible, but there were a few hidden gems in there and I have dragged it back out into the light of day in an attempt to make it better. It now goes by the title Unremembered Things and will eventually be a trilogy. The story follows Indiana Shamira who wakes up one morning with no recollection of her previous life and a vampire hanging upside down in her cellar. The only thing she knows for sure is that she must keep her memory loss a secret. It everything goes according to plan, this book should be ready for release later in the year.
Thanks for the great interview, Rachel. If you want to check out Emeline and the Mutants then click below:

In the UK
and in the US and Oz 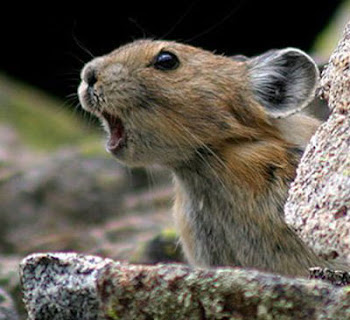 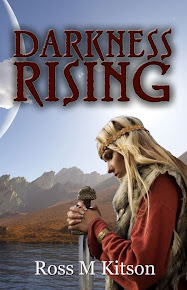